Back to IDDT International

There are two major suppliers of animal insulins, the Danish company Novo Nordisk and the American company Eli Lilly have systematically withdrawn their ranges of natural beef and pork insulins from countries around the world. This ‘forces’ people to use ‘human’ or analogue insulins, despite the reported adverse reactions it produces for this significant minority of people who require natural animal insulin to treat their diabetes.

What are the problems that some people experience with ‘human’ insulin?

The most common complaint from people who have problems with ‘human’ insulin is loss or partial loss of warning symptoms of an impending hypo and an increase in the numbers of hypos. This is also confirmed by the information in the leaflet inside packs of ‘human‘ insulin. IDDT has received reports from people with diabetes and their families in many countries and the greatest concern for them about ‘human’ insulin is hypo unawareness. Hypoglycaemic unawareness is an unsafe condition that can lead to severe hypoglycaemia resulting in unusual, irrational or violent behaviour, coma and seizures.
A survey carried out by IDDT in the UK showed that the difficulties for this group of people experienced were as follows:

In addition to this 24% 0f those contacting IDDT said that their doctor was unwilling or reluctant to change their insulin to natural animal insulin and 3% told us their doctor didn’t listen or said the problems were ‘all in the mind’.
Other common statements were:

Note – These findings confirmed the results of an unpublished study carried out by the British Diabetic Association [now Diabetes UK] looking into the unsolicited letters they received from nearly 3000 people reporting problems with ‘human’ insulin. 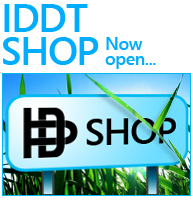 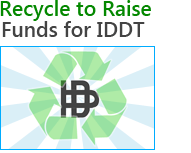