Medicines
Now that the BREXIT situation is clearer, well a little, the three main insulin manufacturers – Lilly, Novo Nordisk and Sanofi have confirmed that the previous arrangements are still in place. This means that they are keeping at least 16 weeks of additional stock. People should continue to get prescriptions and use their medicines in the normal way.

Pork insulin, which is made in the UK, will continue to be available as usual.

Devices
The government has said that the key medical technology companies have confirmed that they are in regular discussions with all the major companies who provide continuous glucose monitors (CGM), FreeStyle Libre, insulin pumps and blood glucose monitors and strips. The majority of tech companies have confirmed to the DHSC that they have alternative transport routes in place if disruption occurs and have built up buffer stocks.

During the 12-month implementation period, the UK will continue to stay aligned to EU law, and existing regulatory and customs procedures will remain in place. The government expect that supplies, including medicines and medical goods, will continue as usual.

Travel
If you are a UK national travelling to the EEA or Switzerland, you can continue to access healthcare as you do now until at least the end of the implementation period at the end of December 2020.

If you have an EHIC, this will be valid until the end of the implementation period.

More information about the EHIC card can be found at:

Paul Girvan (South Antrim): To ask the Secretary of State for Health and Social Care, what assessment he has made of the effect on people with diabetes of the slow-down in production and shipping of Freestyle Libre glucose monitoring sensors from Abbott; and if he will make statement. [745]

Jo Churchill (Bury St Edmunds) The Department is aware of current supply issues with the Freestyle Libre glucose monitoring sensors and it is maintaining regular contact with the supplier Abbott to re-establish the reliable supply of this product.

This is a temporary disruption caused by increases in demand and we have already seen steady progress to improve the situation over the recent weeks.

The information provided refers to the National Health Service in England only.

NHS England: Tens of thousands given life-changing diabetes monitors thanks to the NHS Long Term Plan

This is the title of a press release issued on 22nd October 2019 and its key statement is: “Nearly 30,000 people across the country with Type 1 diabetes have received life-changing diabetes monitors through the NHS Long Term Plan.”

Shop at smile.amazon.co.uk and Amazon will donate to IDDT

SALE in the IDDT Shop

‘Your 9 key checks’, what they are and why they are important

If you shop on Amazon, here’s how you can help IDDT

Warning! Be careful about completing your driving licence application online!

One of our Type 1 members phoned today to warn other people of his experience with the DVLA online driving licence application.

Please click here to read more about this important announcement 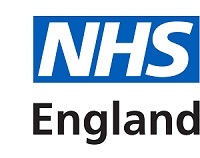 Results from Freedom of Information requests carried out by the InDependent Diabetes Trust (IDDT) show just 30 out of the 144 CCGs who responded have prescribed the system to just 174 people. In response to a question on which criteria decisions about prescribing the FreeStyle Libre system are made, 23 CCGs failed to provide any data.

These figures are at odds with stats provided by Diabetes UK which show 9,690 across Britain have been prescribed the technology since November, which is still a low proportion representing less than 2 per cent of the 500,000 eligible people.

As a result of our press release, on July 26th the Daily Express made the FreeStyle libre postcode lottery a front-page story with the heading NHS DIABETES SCANDAL: 490,000 sufferers denied life-saving glucose monitor PM uses.
This can be found online: https://www.express.co.uk/news/uk/994343/nhs-postcode-lottery-denies-diabetes-patch-theresa-may-flash-glucose-monitor

Previous updates on this story appear below

We have had reports from people trying to purchase the FreeStyle Libre and the sensors from the manufacturers, Abbott Laboratories that there is a delay in supply. It appears that there is a 3-week delay in supply and a restriction of 2 sensors per order. This is said to be due to high demand, so hopefully it will be a temporary situation.

Abbott, the manufacturer of the FreeStyle Libre Flash Glucose Monitoring system has announced that they are not taking online orders from new customers until July 2018, due to unexpected demand. Therefore, people wishing to order the FreeStyle Libre for the first time will have to wait until July.

Abbott has also said that existing customers will be limited to ordering two sensors every 25 days. One sensor lasts 2 weeks.

Limiting the number of sensors does not apply to people who are obtaining the FreeStyle Libre free on an NHS prescription. 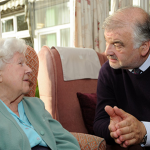 Diabetes care in nursing homes still remains “fragmented” and urgent steps need to be taken to restore the “health and dignity” of older people, leading experts have said.

A review of multiple studies carried out across 25 years involving residents with diabetes has slammed care home provision saying that care homes “often do not meet national standards” of diabetes care and staff training is “patchy”.

Lead author Professor Alan Sinclair, from the Foundation for Diabetes Research in Older People and University of Aston, said: “Our findings show the level of diabetes care remains fragmented which is quite worrying because figures suggest over a quarter of care home residents are believed to have the condition. Without proper management, it can lead to frailty, dependency, disability and reduced life expectancy.

There is another glucose meter on the market to help visually impaired people with diabetes, the GlucoRx Nexus Voice Meter. This meter uses GlucoRx Nexus test strips and GlucoRx Nexus Lancets. 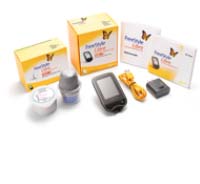 “The number of adults and older teens with diabetes in the UK has more than doubled over the past 20 years, with 3.7 million people aged 17 or older now known to be living with the disease, campaigners say.” 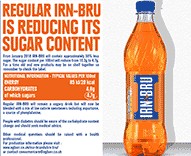 From January 2018 IRN-BRU will contain approximately 50% less sugar. The sugar content per 100ml will reduce from 10.3g to 4.7g. For a time old and new products may be on the shelf together so remember to check the label.

People with diabetes should be aware of the carbohydrate content change and should seek medical advice.

Please click the image to zoom in for all of the info.

Animal insulins continue to be available – statement from Wockhardt UK, 30.11.18

From December 2018, people in the US will not be able to import pork insulin from Wockhardt UK.

This is due to stringent Regulatory Controls, leaving Wockhardt UK with no choice but to discontinue the supply of Hypurin Porcine & Bovine insulin which is directly supplied to the patients in the USA on a “Name Patient basis”.

On November 30th 2018, Wockhardt issued the following statement which offers reassurance to people in the UK who use Hypurin® porcine insulin… 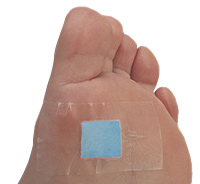 neuropad® is a patented 10-minute screening test for the early detection of diabetic foot syndrome; a condition which can lead to serious complications such as foot ulceration and even amputation.  The test is completely painless. Think of the test as an early warning system for your feet.

List of published clinical studies: http://www.neuropad.co.uk/case-studies/
The price of the test comprising of two test pads is £14.99, no VAT payable and can be purchased from our website shop, or by phoning IDDT on 01604 622837.